Cats is an animal that belongs to the family Felidae. Cats include a wide range of animals from the domestic house cat to the huge tiger.

All cats, large or small, have the same general proportions of the body and the same food habits. All are carnivores (meat eaters) and kill their own food. Depending on the size of the cat, this food ranges from small mice and birds up to large zebras, deer, antelope, and cattle. Any animal in which the cat is large and strong enough to kill will serve for food. Cats do not run their victims down, as do wolves, j but stalk them and then pounce on them. Sometimes they rush for a short distance at high speed to leap upon their prey.

A cat has soft cushioned toes on which it moves very silently. It also has five sharp I pointed claws on each of its front feet and four on each of its hind feet. With these, it seizes, claws, and tears its victim, while it bites at the throat with its teeth.

The cats tongue is covered with tiny hard growths called papillae, which make the tongue feel rough to the touch. The pupil of the eye is opened wide in dull light or darkness, and in bright light is reduced to a narrow vertical (up and down) slit. From the sides of the mouth grow long, heavy whiskers.

The sounds made by cats are mewing, purring, howling, and screaming. Some of the large cats, such as the lion and tiger, often roar, while the jaguar and leopard utter a sound described as a hoarse cough or bark. One interesting thing about these four cats is that because of a difference in the formation of certain bones in the throat, they do not purr.

The cat is no more of a killer than any other animal that lives on meat. Cats are one of the natural controls on deer and other browsers and grass feeders. If the latter were not held in check, they would soon become so numerous that there would not be enough food for all of them. And the cat has been very useful to man in helping him keep rodents (rats and mice) under control in his houses, barns, and granaries.

The color of the cat is, in general, a yel­low or tawny background marked with black streaks and spots, or rosettes of spots. Its tail and legs sometimes bear black rings around them. This all varies, of course, with the kind (species) of a cat a few, such as the lion of Africa and the mountain lion of America have lost all their black markings. Their young, however, have a spotted coat at birth. All cats are born with their eyes closed.

Fossils of cats have been found which have been estimated to be millions of years old. Their range today includes the entire world, ex­cept the West Indies, Pacific Islands, Madagascar, Australia, and the Polar Regions.

They live in many different types of country in high, snow-covered mountains; in hot, wet jungles; in arid (dry, waterless) deserts; in pine forests of the north, where the cold is in­tense in winter. Some live on the ground like the lion and many hunts on the ground. But the majority can climb trees and the smaller, forest-dwelling kinds also hunt for birds, mon­keys, and other animals in the trees. Cats do not fear water, and the jaguar of South America often swims rivers.

Cats, like most animals, vary in size and color, depending on whether they live in dry or wet climates or hot or cold regions. In a desert country, where it is hot and dry, a cat has a light-colored coat, while one living in a wet forest has a darker, perhaps more reddish coat. The differences have been studied and described. For example, the puma ranges over North and South America; some pumas are large and some small, some light and some dark. These differences are recognized and are scientifically known as geographic races.

A few cats hunt by day, but most are active at night and remain hidden in the day, and so are not easily studied. Rarely are their dens or homes found, with the result that very lit­tle has been learned about their habits and their young.

The larger cats, and some of the smaller ones have been driven out of many places because they preyed on mans livestock, or be­cause there was a demand for their skins. The larger kinds, particularly, are rapidly becom­ing scarcer.

The lion, tiger, leopard, puma (also called cougar or mountain lion), jaguar, ocelot, and lynx are well-known members of the cat fam­ily. For more detailed information on them see the individual articles on these animals. 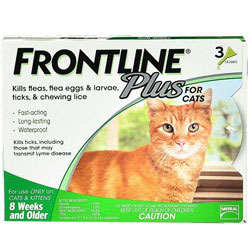 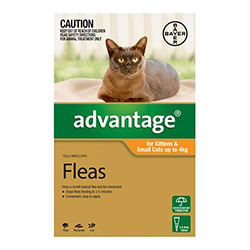